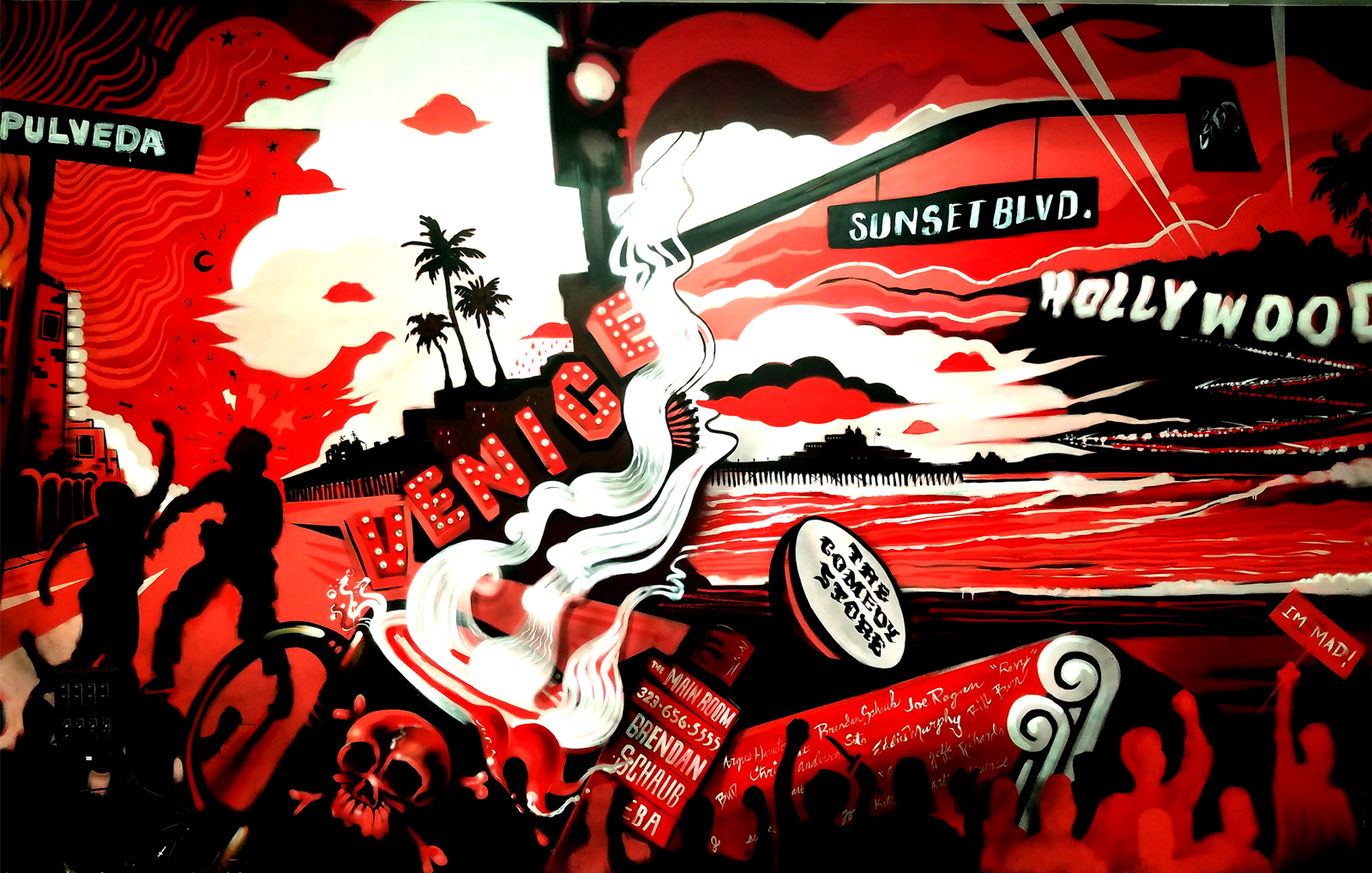 Malka Media Contacted me to create a mural for the backdrop for Brendan Schaubs podcast, after sitting down with the Malka team, we came up with an idea that reflected the comedy and power of Brendan, we wanted to include the landmarks of the La area, without being cliche, we also wanted to include a throw back to Brendans old career as an MMA fighter, and reflect the intensity of his personality and and the Los Angeles area.

After a careful sketching process with many revisions, we settled on the final concept, which was executed over the course of 5 days.

It came out amazing, and I cant wait to work with Malka again in the future.

Below you can see the sketch produced for approval, and the final painted mural which measured 10x15ft 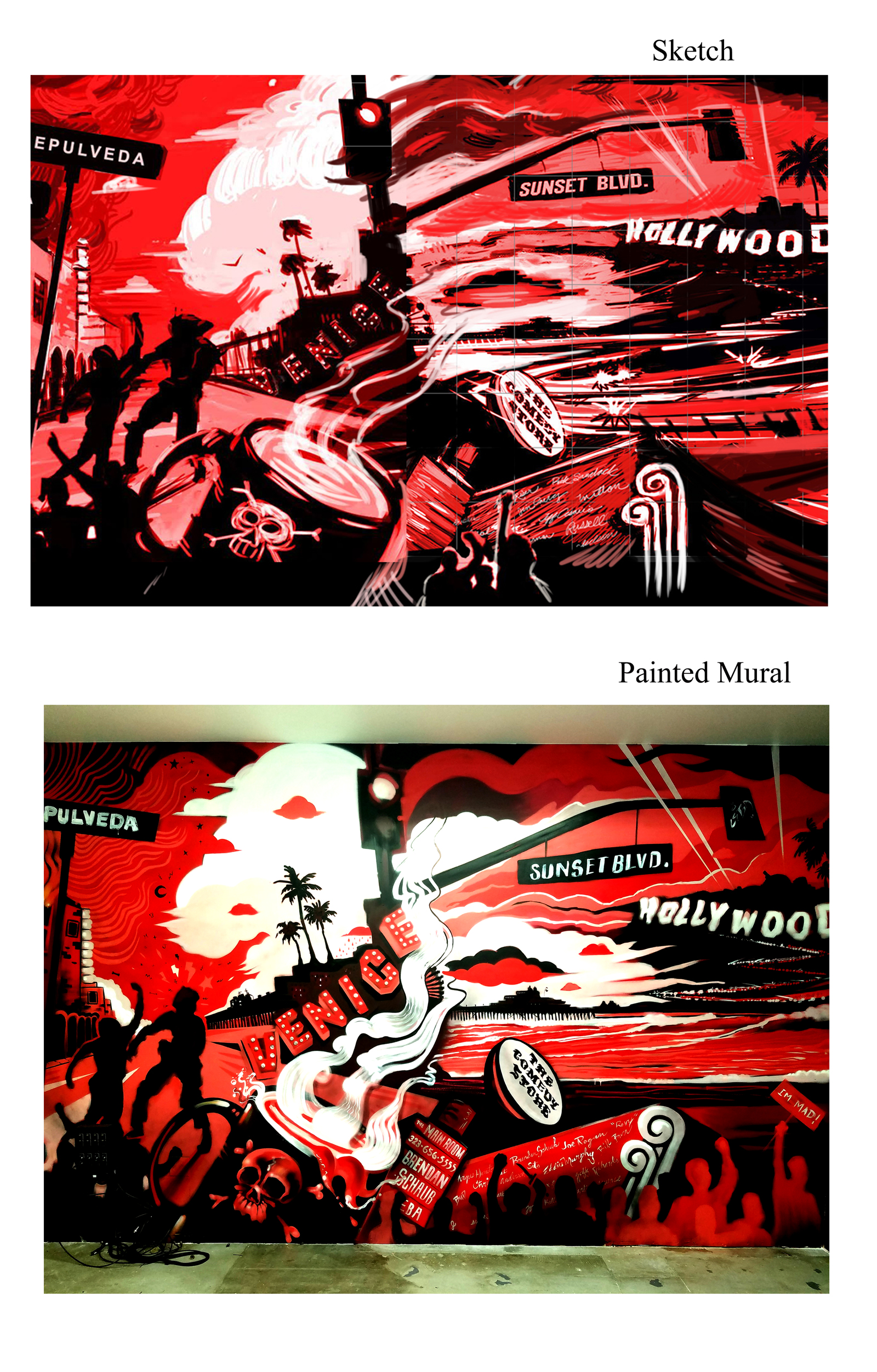